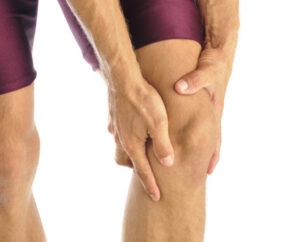 The Anterior Cruciate Ligament (ACL) is one of the important ligaments of the knee. Tear of the ACL is a common injury encountered in sports such as football, basketball, soccer, and skiing downhill, that involve a sudden change in motion, direction, and jumping.

Mild ACL injury can be treated with rest and rehabilitation exercises. More severe forms of injury will require surgery to replace the torn ligament with a new one.

To give you a new ACL, the surgeon will use part of a tendon – a tissue that resembles a ligament. This tissue is called a graft and ACL grafts can be of three types: hamstring tendon, patellar tendon, and donor grafts. Each type of ACL graft has its merits and limitations and the surgeon will recommend one type over the other based on the specifics of your injury.

ACL reconstruction is a surgical procedure performed on an outpatient basis by orthopedic surgeons. The steps in this surgery include:

In this first step, the surgeon inserts an arthroscope into the knee and examines the damage of the joint to confirm the ACL tear. If they find any damage of the meniscus and cartilage, they will treat these injuries too during the ACL reconstruction.

Harvesting and Preparation of the Graft

Harvesting involves obtaining a graft from either a donor or from another part of the patient’s body. The tissue to be used as the graft is prepared to meet the length and width requirements to convert it into the new ACL.

The surgeon then creates a space within the knee into which the ACL can be placed. Using a drill, they prepare a tunnel in the shin bone or the tibia. Through this tibial tunnel, the surgeon passes a drill down the middle part of the knee joint to develop another tunnel that extends until the thighbone or the femur. One end of the new ACL will be positioned in the tibial tunnel and the other end in the femoral tunnel.

Recovery from ACL reconstruction surgery is a slow process. Patients have to wear a knee brace and move using crutches for many weeks after the surgery. They also require physical therapy to build knee strength and restore the knee’s entire range of motion.