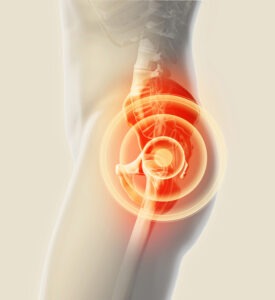 Total joint replacement surgery is a field with new technologies evolving at a steady pace. In the field of hip replacement surgery, the latest surgical technique which is minimally invasive is called the Direct Superior Approach.

This newer technique of hip replacement uses an antero-lateral hip approach which is a modified form of the older anterior and posterior techniques. The surgeon makes a single incision in the region near the buttock and works around the muscles surrounding the hip joint.

This results in minimal trauma to the soft tissue in the area. Once the implant is in position, the surgeon repairs the capsule of the hip and the skin to prevent the hip from dislocating, and allow it to heal.

In this approach, the hip does not have to undergo the classical dislocation. This means there is minimal stretching of the capsule, tendons and muscles while removing the femoral head of the joint. As a result, there is less bleeding and also, even less pain than in the other surgical techniques of hip replacement.

Also, because the attachments of the anterior and posterior capsule to the femur are unaffected, the hip stays as perfectly stable as possible. Only one deep muscle structure called the piriformis tendon has to be released during this direct superior technique, and it is easy to repair during the closure.

When a surgeon uses the direct superior approach for hip replacement, it has distinct advantages for the patient such as:

Before you are discharged from the hospital, your surgeon will provide you with instructions to make your life easier post-hip replacement surgery. These may include the following: